Have you purchased yours? Grab your All-Access Pass today for lifetime access to every summit session 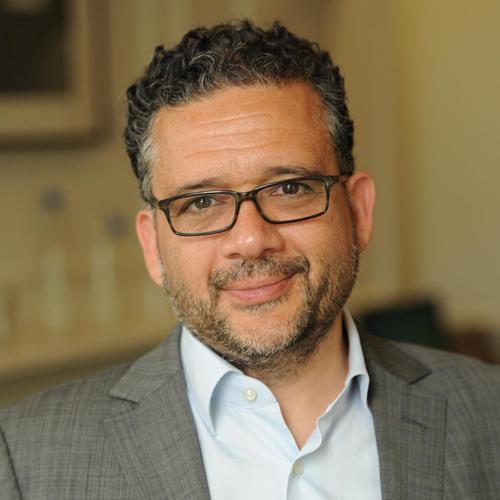 Michael is a Chaired Professor of Strategy, Entrepreneurship & Innovation at LBS. Selected in 2019 as one of the worlds’ top 50 management thinkers, he is an academic advisor to BCG and works with the leadership of Fortune 500 firms and disruptive startups. A frequent keynote speaker, he appears in conferences from TEDx to Davos and his path-breaking work helps firms compete through digital ecosystems and adjust in the post-COVID19 world.”

Leadership - In and Out of Crisis

Resilience and Dealing with Adversity

Talks covered by this speaker

Rethink, Reshuffle And Reallocate To Win In The New Normal

Have you got yours yet?

Our All-Access Passes are a must if you want to get the most out of this event.

Michael G Jacobides is the Sir Donald Gordon Professor of Entrepreneurship & Innovation and Professor of Strategy at London Business School. He is Academic Advisor to the Boston Consulting Group, Visiting Scholar at the New York Fed, and Visiting Fellow at Cambridge. In 2019 he was selected as one of the Thinkers50, the top 50 management thinkers worldwide, and is a leading expert on business ecosystems, and how firms navigate shifting digital environments. A frequent keynote speaker, he engages in corporate, industry, and broad-appeal events such as TEDx and the Global Drucker Forum. A winner of the 2018 Theory to Practice Award from the StrategieForum, he advises disruptive start-ups and Fortune500 firms alike in Europe, the US and Asia. He works on thought leadership with consultants such as McKinsey, IDEO, Accenture, PwC, Deloitte, Keystone and ECSi, and on strategy with corporates such as Haier, Huawei, Spotify, MasMovil, Vodafone, Nokia, SAP, Enel, Santander, Helvetia, Zurich, CS, Airbus, DeBeers, Burberry, Merck Serono and the NHS.  He has visited Harvard, NYU, Cambridge, Imperial, Bocconi and Wharton, where he obtained his PhD, after studying at Athens, Cambridge and Stanford. His work, which has received the Sloan Foundation Award, has appeared in the top academic journals such as SMJ, AMJ, AMR, OrgSci and Industrial & Corporate Change, where he is a co-Editor, as well as HBR and FT. He appears on CNN and BBC. On policy, he has worked with the UK parliament (on the future of financial services), the European Council (on innovation in Europe) and has spearheaded RedesignGreece. He served on the Global Agenda Council of the World Economic Forum, he is a co-author of the WEF’s White Paper on Digital Platforms and Ecosystems and has presented in the Davos Annual meetings.

Brought to you by